Edward R. Murrow: Who owns the patent on this vaccine?

Jonas Salk: Well, the people, I would say. There is no patent. Could you patent the sun?

Sustainable energy research is of critical importance today given the various environmental and economic crises we face. Unfortunately, the BP-EBI contract between British Petroleum and UC Berkeley’s Energy Biosciences Institute is fundamentally flawed because 1) it threatens the academic integrity and diversity of UC Berkeley, 2) has blatant conflicts of interest and pushes a fossil fuel research agenda in the form of genetically modified microbes used for tar sands oil extraction, and 3) because BP has proven its untrustworthiness as a defender of public good, as evident from BP’s devastating oil spill in the gulf of Mexico only 4 years ago.

END_OF_DOCUMENT_TOKEN_TO_BE_REPLACED

The Richmond community is mobilizing as UC Berkeley moves forward with plans to build the Richmond Bay Campus (RBC), a research facility that is slated to be three-fourths the size of the Berkeley campus, and see a volume of 10,000 faculty, students, and workers per day.

“We want to have access and be included in the process. We want our kids to be able to go to the UC and maybe some day they can work there,” says Richmond community member and UC bus driver Luster Howard, describing the position of a coalition of community organizations that has emerged to address issues associated with the new campus.

END_OF_DOCUMENT_TOKEN_TO_BE_REPLACED

It is the policy of UC Berkeley to exploit student families. Rents at UC Village Family Housing have reached an all-time high putting units at or above market rates. Originally created to be a supportive and affordable environment for students with families, UC Village is now little more than a revenue source for the university.

END_OF_DOCUMENT_TOKEN_TO_BE_REPLACED 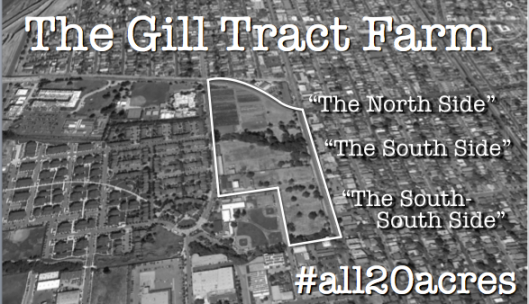 We call on our school to prioritize education by providing opportunities for hands-on engaged learning, and to fulfill its mission as a Public University by expanding opportunities for community-driven research serving community needs. We not only ask for this innovative vision, we are actively engaged in creating this reality.

As our first campaign, we are calling on the University of California, Berkeley to consider an alternative plan at the Gill Tract Farm in Albany that better services student and community needs.

END_OF_DOCUMENT_TOKEN_TO_BE_REPLACED 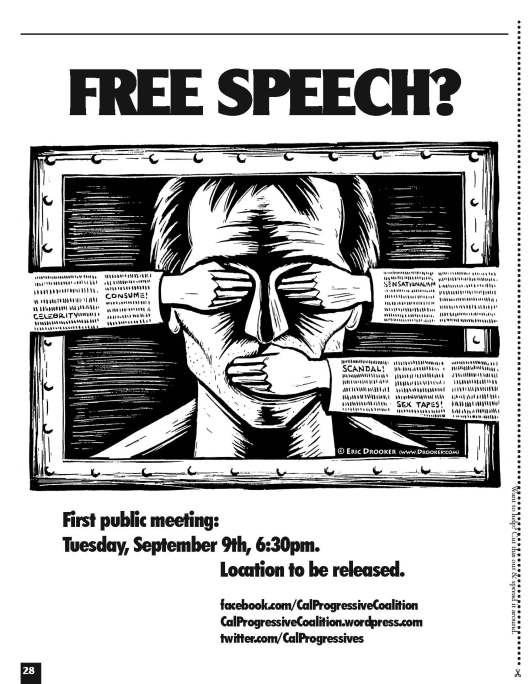 Posted by calprogressivecoalition | Filed under Uncategorized

Occupy the Farm (OTF), a collective of direct action organizers from the San Francisco Bay Area, raises its voice against unsustainable development and the corporate take-over of our public resources. OTF continues to fight against the UC’s plans for a commercial development on the last 20 acres of a historic farm and nursery known as the “Gill Tract”. This land was previously dedicated to cutting-edge ecologically-based biocontrol research, but the program was dismantled by the UC, and the land itself has been paved over, parcel by parcel, over the last hundred years. In 2012, and 2013, OTF led occupations of the land that planted hundreds of pounds of food, encouraged Whole Foods to pull out of the development plan, and saw the north 10 acres transferred off the chopping block of Capital Projects to the supportive College of Natural Resources. The ongoing fight for the remaining land has become an important battleground in the struggle for land and food sovereignty in the Bay Area.

END_OF_DOCUMENT_TOKEN_TO_BE_REPLACED

WHO are Fossil Free Cal? Fossil Free Cal is UC Berkeley’s branch of Fossil Free UC, a coalition of students, alumni, faculty, and staff who are committed to pushing the University of California to divest the university’s $7 billion endowment from the top 200 fossil fuel companies and to divert these funds into investments that build community power and address social and environmental injustice.

END_OF_DOCUMENT_TOKEN_TO_BE_REPLACED

To meaningfully reclaim and transform our university, we have to organize and mobilize our communities to take political action (usually direct action) that challenges the powers that be. Every organizing meeting is an engagement with and evaluation of different theories of social change, because we discuss what actions to take to advance our political goals. This information is intended to help you anticipate and navigate difficult conversations about direct action.

END_OF_DOCUMENT_TOKEN_TO_BE_REPLACED

The University of California is an active engine of the death economy- An economy where our labor is exploited for the extraction of natural resources and community wealth, while polluting our homes and bodies, all to generate power and profit for a select few. The only way to uphold this system of greed and destruction against the inevitable popular uprising, is through a repressive military and police force.

The UC has every ingredient of this cycle. The UC extracts wealth directly from its students, with the looming threat of even more tuition hikes. For students who still find ways to afford an education, structural racism and classism within every level of the institution creates an un-safe zone for students to think critically and question the oppression that pervades our lives. Students leave burdened with debt and afraid to engage in political resistance because of the pressure to find paying jobs. Student movements have historically been some of the most radical and transformative struggles for reimagining a new world- our silencing is strategic.

END_OF_DOCUMENT_TOKEN_TO_BE_REPLACED

Student debt is a growing economic and moral crisis. The average U.S. college student today graduates with over $25,000 in debt, and nationally, unpaid tuition debt exceeds one trillion dollars.

Only a few decades ago when tuition cost a few hundred dollars, student debt was almost nonexistent. Even members of the Republican Party believed that education was a central public good that sustained the future of a truly democratic citizenry. Here at Cal, our tuition has increased 300% since 2002, and the average debt burden per student is $20,000. Students from low-income households are regularly charged more than one third of their family’s annual earnings for a year of tuition at a public college. The rate of black and Latino students graduating with unmanageable debt burdens is around 20 percent higher than that of their white counterparts. This debt burden constrains the future choices of students and perpetuates inequality.